Turkey records the highest increase in housing prices during 2021 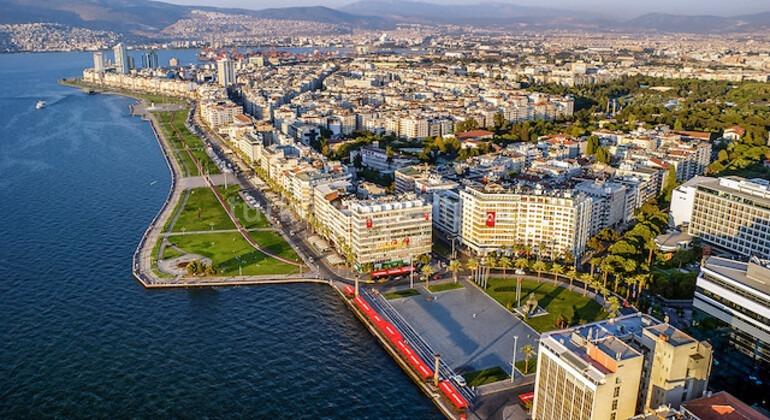 United Kingdom-based real estate consultancy company Knight Frank, founded in 1896, has published one of their recent independent research reports on the Global Residential Cities Index. They performed research on 150 cities worldwide. Guess what? Turkey’s major cities, such as Izmir and Istanbul, lead in the top 4.

The housing prices are increasing in Izmir and in Istanbul!

The prices of the properties are always changing. According to Knight Frank's research, Izmir has shown a major change for the past 12 months, leading the city to the 1st spot with its 33.9% value gain while Ankara keeps the 2nd spot with 30.3%, followed by New Zealand's Wellington with 30.1%.  And the 4th place was kept by Istanbul with 28.8%.

Compared to the global housing index rates of March 2021, housing prices have increased by an average of 7.4%; however, the prices have fallen in Dubai the most by 4.4%.

How is the Situation in the USA?

Now that we have seen the global index increase rates in Turkey, how are Europe’s metropolitans/capitals?

Paris has an increase of about 6.3% whereas Berlin records 5.9%. Meanwhile, London has a lower increase rate than Berlin and Paris, recording 3.9%, which is still higher than Lisbon, 3.8%, and Madrid, which has a 1.5% increase in housing prices.

On the one hand, Moscow has a better increase rate than most European capitals, recording 22.4%; St. Petersburg comes to the scene with 22.1%. On the other hand, the Asian real estate market also has significant results in this first quarter, with Seoul, for instance, recording a 26.1% increase in housing prices.

Compared to this independent research, Turkey records the highest increase in housing prices with 32%, followed by New Zealand with 22.1%, and Luxembourg appears to increase 16.6%.

Unavoidably, it is an acknowledged fact worldwide that the Covid-19 pandemic has had an important effect on almost every country's economics. However, to our surprise, the real estate market has boomed a lot regardless of the pandemic. According to the Knight Frank research, some countries such as New Zealand, Canada, China, South Korea, and Ireland have enacted regulations to suppress their housing prices in the first half of 2021.

We are looking forward to the second quarter (Q2)’s results!

Resources
Why Turkish Lira is falling and how it'll affect the property prices in Turkey
Frequently asked questions about buying property in Turkey, residence and citizenship
Buying properties on the Asian side of Istanbul
Istanbul Moda
Top spots to visit during your first travel to Istanbul
Turkey records the highest increase in housing prices during 2021
Antalya Muratpasa, the central district for buying property in Antalya
Kocaeli Izmit, an alternative location near Istanbul
Karakoy, where ancient times meet modernity in Istanbul
Izmir Alsancak
How to spend a perfect summer in Istanbul?
Bomonti, The neighborhood that never sleeps
The Hidden Treasures of Istanbul
Investing in Turkey; Reasons, Incentives and Sectors
International Schools in Istanbul
What does 2+1 mean on Turkish apartment advertisements?
Best Istanbul Marinas
Turkey to Resume Flights: Here's what you should know
Best shopping malls in Istanbul
Traveling to Turkey Post COVID: What You Should Know
International airports in Turkey
Istanbul Canal and Istanbul Real Estate
Why invest in Kusadasi
Emaar Istanbul
Banks in Turkey
Which countries can I visit visa-free with a Turkish passport?
Public transportation in Istanbul
A Short History of Kusadasi
Change in the law concerning foreign landowners in Turkey
Traveling to Turkey tips and advice
Food culture in Turkey
Activities in Kusadasi
Hair Transplant inTurkey
Starting your own business in Turkey
Published on 2021-08-26
Updated on 2021-09-02
Search