Bahcelievler quickly became a popular district by well-known building companies, developing high-end and impressive apartment and villa projects. This is one of the most popular areas of Istanbul when it comes to the quality of life. At the same time, the area has many historical places to visit. Click here to read more

Bahcelievler, on the European side of Istanbul, is the northern neighbor of Bakirkoy. It is one of the well-developed districts of Istanbul, and therefore, a great area to invest in; there are many towers, highly-visited avenues, shopping malls, cafés, schools, hospitals, universities, and more. Bahcelievler is easily accessible by almost all transportation means; bus, minibus, Metro, Metrobus, tramway, and car. It is easily reachable from E-5/TEM, too.

Bahcelievler was called Hepdemon during the Byzantine Empire and was the agricultural center of the city due to the good groundwater in the area. It was also a preferred summer retreat because of its vicinity to the sea. There are many historical monuments from these earlier periods. The Siyavuşaşa Pavilion (Pool Villa), Viran Palace, Mimar Sinan Bridge (Çobançeşme Bridge) are among the landmarks of the region.

In 1978 the government instructed planned urbanization in the area. High buildings started being built from then on. Comparing to other areas in Istanbul, Bahcelievler has much more structured planning. It quickly became popular by well-known building companies, developing high-end and impressive apartment and villa projects in the area. This resulted in many good international schools, hospitals, and big shopping centers settling in the Bahcelievler district, making it an ideal location to live.

It is possible to reach Bahçelievler by using the E-5 highway or Basın Ekspres road, or the M1 and M3 lines and the T1 tram line.

Properties for sale in Istanbul Bahcelievler

Istanbul Bahcelievler apartments in a new complex with facilities
Located near hospitals, malls, and public transport, the residential development consists of 2+1 and 3+1 apartments, a sauna, gym, children's playgrounds, and a parking lot.
Bahçelievler, Istanbul
117-141 m2 3-4

Fully furnished spacious apartment in Istanbul Bahcelievler
This 3+1 apartment on the 13th floor offers a living space of 171m2, it's located in a residential complex with facilities and shops.
Bahçelievler, Istanbul
171 m2 4 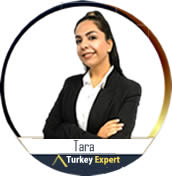 We can call you back in a few minutes!
Please enter your phone number below, including the country code.
$ 400,000

Luxury Istanbul apartments for sale in a large project containing a 5-star Hotel and a convention center
The project offers luxurious details and a delightful Spa center with a good size swimming pool
Bahçelievler, Istanbul
74-474 m2

A large-size commercial shop for sale in Istanbul Bahcelievler
You can apply for Turkish Citizenship by owning a 400 m2 commercial property in Istanbul with a 3-year rental guarantee
Bahçelievler, Istanbul
400 m2

Unique child-friendly project in Istanbul with impressive architecture
This project is built in Istanbul Bahcelievler in a convenient central area.
Bahçelievler, Istanbul
106-170 m2 2-5

Exquisite hotel-concept apartments in Istanbul Buyukcekmece with a shopping mall
2 and 3 bedroom spacious apartments are ready to move in, containing a 5-star hotel with high-end services, and a shopping mall in a convenient location.
Bahçelievler, Istanbul
150-197 m2 3-4

Don't miss out!
We're adding new properties continuously.
We'd like to keep you posted.
Sold out

Commercial real estate in Istanbul Bahcelievler rented by a restaurant, suitable for Turkish Citizenship
Commercial property located in the European side of Istanbul, in Bahcelievler, a guaranteed 16 000 TL monthly income for 3 years
Bahçelievler, Istanbul
140 m2

Commercial store and 2 ATMs for sale in Istanbul Bahcelievler, tenanted by Turkcell, Yapikredi and Vakifbank
190 sqm commercial shop with 2 bank ATMs is looking for new investors in one of the central locations of Bahcelievler district of Istanbul.
Bahçelievler, Istanbul
190 m2

Retail chain store is for sale in Istanbul Bahcelievler with a corporate tenant
This commercial property, hosting one of Turkey's well-known supermarkets, is now looking for a new investor.
Bahçelievler, Istanbul
380 m2

We can call you back in a few minutes!
Please enter your phone number below, including the country code.
Sold out
20 % Discount
54 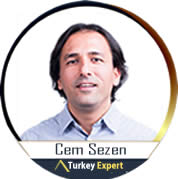