Here are the daily news and updates about the Coronavirus in Turkey. We'll be covering the effects of the pandemic on the economy and mainly on the Turkish real estate market.  Please check back often as we update this page as frequently as possible. 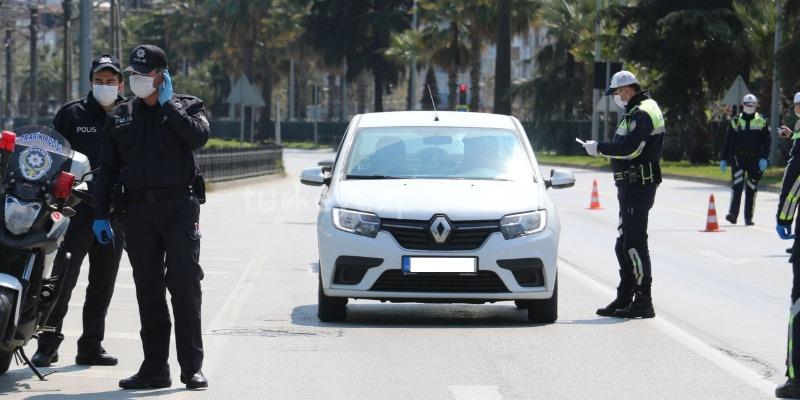 The Turkish government announced on at 21:00 on 10 April a 2-day curfew, starting at midnight the same day. The curfew should last 48-hours and should be, as later added by the Interior Minister of Turkey Suleyman Soylu, in 31 provinces, where the COVID-19 is widespread. As of Friday 10 April, there are 52,167 cases of COVID-19 detected in Turkey.

The Turkish provinces in curfew are the following:

Bakeries, hospitals, pharmacies, public and private health institutions, producers of health and medical supplies, fuel stations, courier services, animal shelters, and farms are exempted from the curfew and will continue operating and will deliver. The supermarkets will remain closed during the Turkish lockdown.

The lockdown will end this midnight.

In terms of fighting the spread of Coronavirus in Turkey, the government already imposed a nationwide partial curfew for citizens older than 65 years old and younger than 20, back in March. 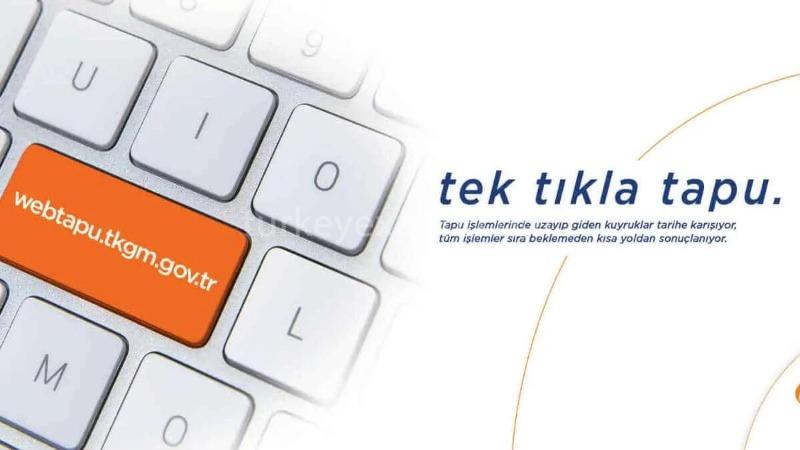 Due to the COVID-19 pandemic, the question has risen by the potential property buyers in Turkey, how to finalize purchases. To keep the real estate market in Turkey dynamic during these difficult times, and to keep the citizens away from the crowds, the General Directorate of Land Registry and Cadastre introduced the online title deed system, called Web-Tapu. Web-Tapu allows all transactions related to online sales, land registration, and mortgages. 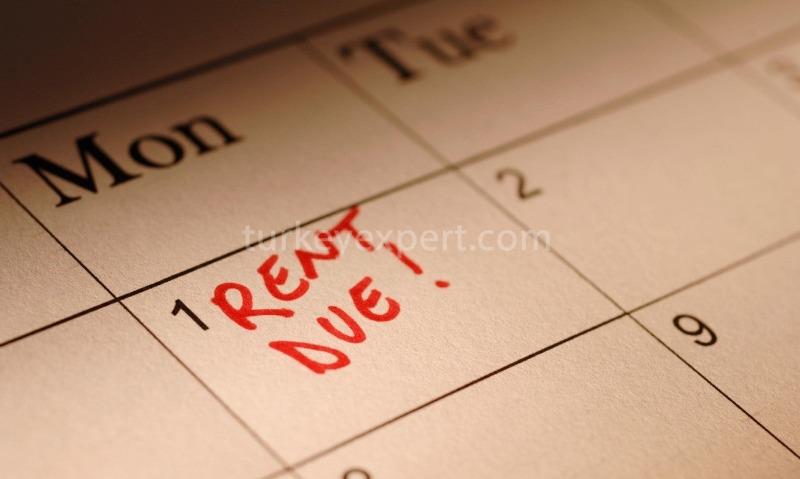 2 April 2020, How will Coronavirus affect the property market in Turkey?

The pandemic COVID-19 brought uncertainty into the financial markets around the globe. The fear and the measures taken against the outbreak resulted in appointments that have been canceled and have put plans of buying property on-hold. When we scan the movements at the property markets around the world, the question arises whether Coronavirus will affect the property prices in Turkey or not.

The property market in Turkey has proven to stand firm during the past global crises, which had a significant effect on the real estate markets. Especially the demand in big cities keeps strong due to the large population and dynamic geographical growth. Due to these reasons, buying a property in Istanbul, for instance, will be a relatively more secure investment comparing to many other popular locations.

For foreign investors, buying a property in Turkey has also taken a new turn. Living in the digital age allows overseas property investors to do their homework online. Since the Millenium searching online for a property, choosing the right area, get in touch with the real estate agents, and make appointments for viewing became the standard procedure. As a leading estate agent in Istanbul, we have been serving our clients from the beginning.

As described, the property market in Turkey, especially in big cities such as Istanbul, is not losing its dynamic, and buying an apartment in Istanbul is still a profitable business. Not to forget, that residency and Turkish citizenship by purchasing a real estate in Turkey is not affected by Coronavirus. That is why we are putting maximum effort into serving our clients also during Corona-times and help them buy a Turkish property online, and if requested, helping them obtain their Turkish passport. 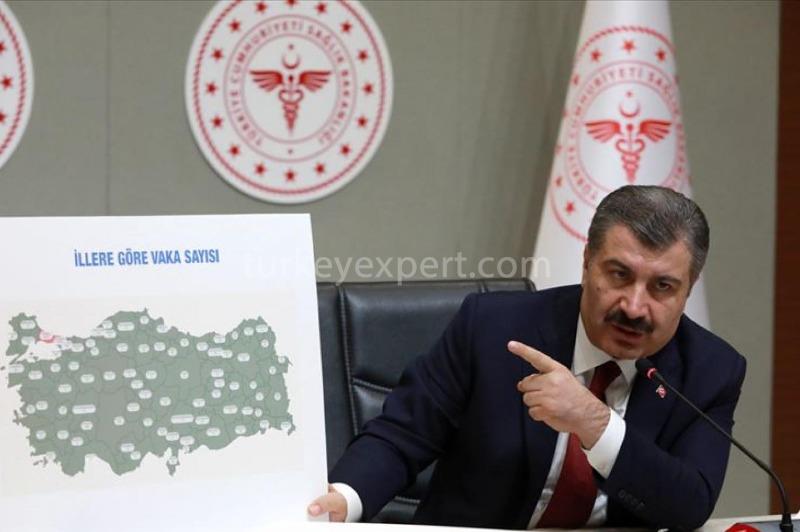 Health Minister Fahrettin Koca announced the latest numbers of COVID-19 cases in Turkey. In the last 24 hours, a total of 14,396 people have been tested for Coronavirus. 2,148 of them were infected, which brought the number of total cases in Turkey up to 15,679. The death toll increased to 277. 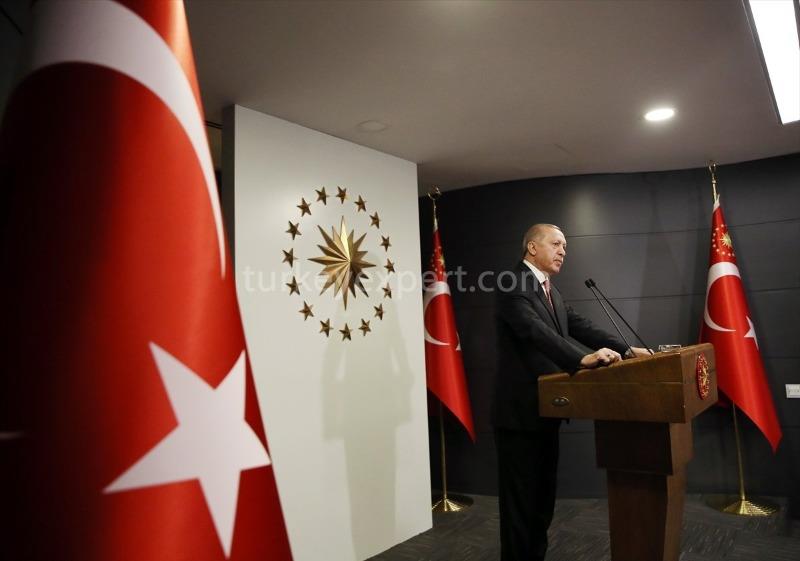 President Recep Tayyip Erdoğan spoke to the nation after the cabinet meeting yesterday, which lasted 4,5 hours. He announced that he is donating his seven months salary and starts herewith a National Solidarity Campaign against the COVID-19. He invited all cabinet members, politicians, and bureaucrats to participate in the campaign.

Meanwhile, the Health Minister of Turkey, Fahrettin Koca, has announced the latest COVID-19 numbers in Turkey. According to the Ministry of health, the total number of infections is 13,531, and the death toll has risen to 214. 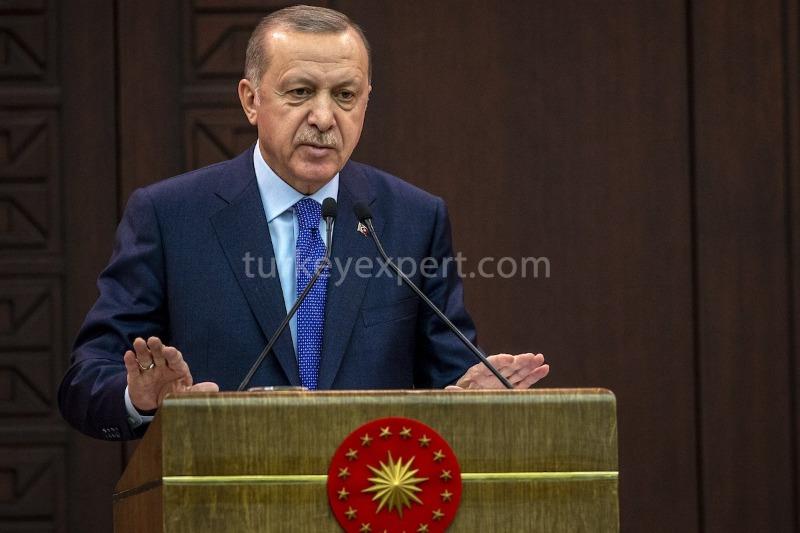 Within the last 24 hours, 1865 new Coronavirus infections in Turkey have been announced. This is the highest number of infections in Turkey in one day so far. Herewith, the number of cases has risen to 9,217. The death toll has increased to 131 with 23 new deaths. 568 of the infected patients are currently in intensive care.

Also, president Recep Tayyip Erdogan had ordered an urgent cabinet meeting to be held via video conference about COVID-19. 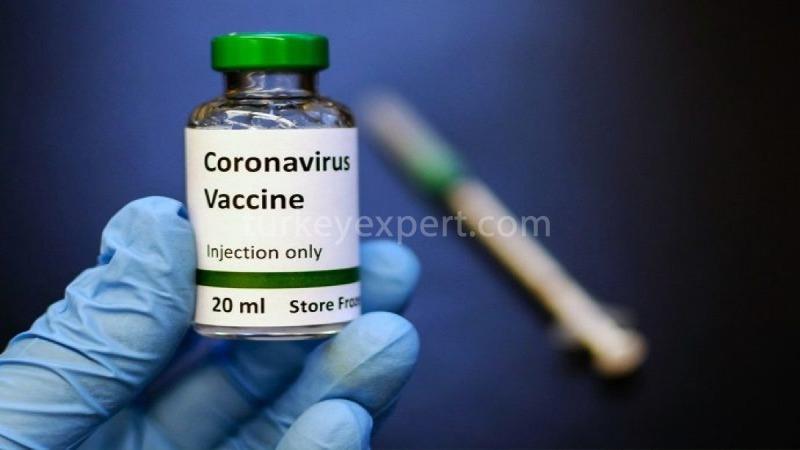 29 March 2020, Turkish scientists started working on a vaccine against the Coronavirus

Turkey has hit 7,641 cases as of today, with 1,704 new cases in the last 24 hours. So far, 55,000 people have been tested. The death toll has risen to 108.
Meanwhile, scientists of the Ege University in Izmir, Bornova, have started working on a vaccine against the Coronavirus. 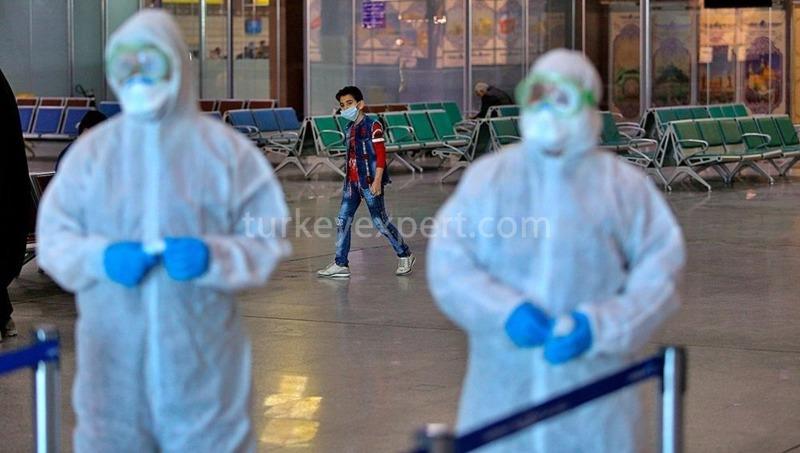 With the death toll has risen to 92 and the total number of infected risen to 5,698, new measurements concerning domestic flights have been announced as well. Turkish Airlines has announced that they will use the New Istanbul Airport for their domestic flights from Istanbul, and the Ankara Esenboga Airport for their flights from Ankara. Only a couple of big cities will be covered within the flight routes. The passengers of the suspended flights can request their money back or change their tickets without any fee.

In the meanwhile, cargo flights will continue operating as usual. 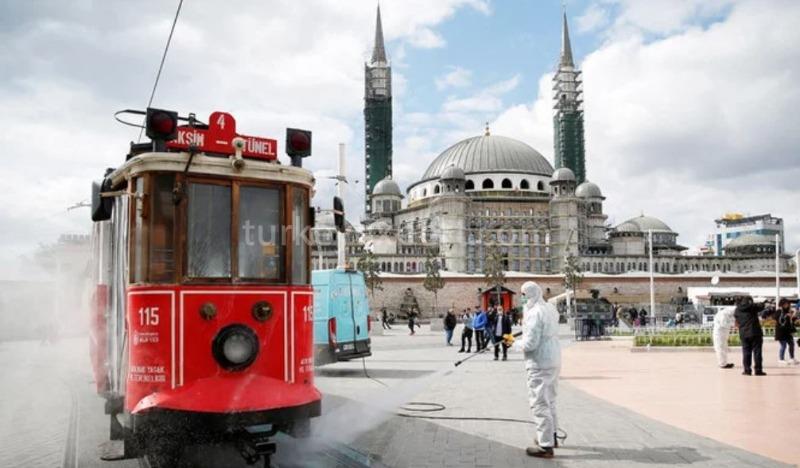 27 March 2020, the health minister of Turkey, Fahrettin Koca, has repeated his concerns

The number of Coronavirus deaths in Turkey has risen to 75. Under the victims is also a 33-year-old nurse without any known chronic diseases in her past. She was working in a private hospital in Istanbul and was according to the research in the 0,2% risk group. With 1196 new cases reported in the last 24 hours, the number of infected has risen to 3629. So far, 26 people have been cured successfully. The Health Minister of Turkey, Fahrettin Koca, has repeated his concerns and asked people to stay at home and avoid contact unless necessary. 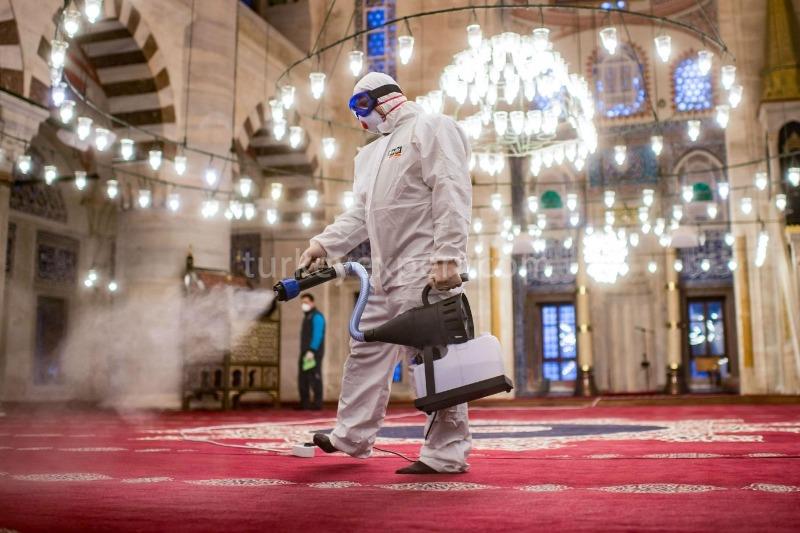 25 March 2020, first Coronaviruscasein Turkey has been official as of 11 March

COVID-19, or Coronavirus, emerged in Wuhan city of China in the previous months and from there quickly spread around the whole world. Coronavirus in Turkey has been official with the disclosure of the first case on 11 March 2020.
Described as a "pandemic" (global epidemic) by the World Health Organization, this disease has been transmitted to more than 380 thousand people in more than 160 countries and regions. The total number of cases in Turkey as of 25 March 2020 is 2,433, following a surge of 561 cases within the last 24 hours, while the number of deaths has reached 59 people. It is stated that the number of people who lost their lives in the world has exceeded 16.500s.
It is determined that this virus, which is transmitted from person to person by respiratory droplets, first passed from one animal to another.
As the human system is not familiar with this virus, the immune system plays a crucial role in determining the course of the disease by each person, which means that especially those with chronic illnesses, older people, and people with weak immunity are considered in the risk group. Some people can be carriers of the COVID-19. Especially with children, this is the case. The virus can be unnoticed, but still can be transmitted to other people.
After the first Coronavirus case in Turkey hit the news on 11 March, people approached by the government to "stay at home" trying to prevent the spread of the disease. The first COVID-19 death in Turkey has been reported one week after the first official announcement of the virus in Turkey, so on 17 March. The number of deaths in the following days increased with 1,3,5,12,9,7,7,15, and the total number of deaths reached 59 as of 25 March.
Turkey, as of 25 March, is ranking on place 15 under the countries with the most deaths worldwide from the COVID-19. Looking at the development of the outbreak in Turkey, an upward trend is being observed. The Health Minister of Turkey, Fahrettin Koca, tries to raise awareness of the public by naming the number of new infections and deaths daily from their official Twitter account and tries to prevent the spread of the disease by the slogan "life fits home, stay at home."
Turkey, like the rest of the world, has already taken a series of measures to fight the spreading of COVID-19. Schools are temporarily closed, and distance education has started. In line with the decision taken by the Ministry of Interior, cafes, restaurants, gathering centers, cinema, and theater halls have also temporarily been closed. Restrictions are imposed on people who are over 65 years old.
Flights to most countries have been canceled, and the total number of passengers for bus travels has been reduced by half to provide social distance.
There is no specific medicine to COVID-19. Supportive treatment is given to people who are seriously ill. Apart from this, the whole world continues its efforts to find vaccines and drugs against this virus.
Published on 2020-03-26
Updated on 2020-03-26
Search